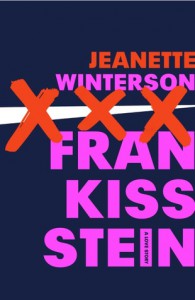 The book jumped between the past and present. The past focused on when Mary Shelley wrote Frankenstein. The present had Ron Lord, a sexbot salesman who believed sexbots were the answer to many of humanity's problems; Ry Shelley, a transgender non-binary doctor; Dr. Victor Stein, a professor who was an expert on AI and was Ry's lover; and several other characters.

I liked the past parts of the books featuring Mary Shelley. The book began with in the past, so things started off well. Then it switched to present day and was just a complete change from what the book started as and had liked that I had a hard time connecting to it. I was always relieved whenever it switched back to the past because I enjoyed those sections more.

Then there was the treatment of Ry Shelley. They were constantly misgendered, deadnamed, and had everyone obsessed with their genitals throughout the book. There were so many personal questions about Ry's body. Their lover, Victor Stein, was one of the people doing these things. I didn't understand what Ry saw in Victor.

And then Ry was sexually assaulted out of nowhere as well.

I picked this up because I knew there was a trans lead, but if I had known how much transphobia was constantly directed at said lead, I would have given it a pass. It was relentless. That was also part of the reason why I enjoyed the past sections more. Mary Shelley's sections are the only reason it's getting 2 stars. Otherwise, it'd be 1 star.